The Observatory Lustbühel Graz (OLG) was completed and inaugurated in 1976 by the federal minister for science and research, Dr. Hertha Firnberg. The observatory is currently operated by the University of Graz, the Space Research Institute and the Technical University of Graz. A Jupiter radio station, run by the Space Research Institute of the Austrian Academy of Sciences, was deployed at the OLG since October 1986 to measure the sporadic radio bursts of Jupiter in the decameter wave length range at the frequencies 15 – 30 MHz. The Department of Satellite Geodesy is operating a Satellite Laser Ranging (SLR) Station at the Lustbühel Observatory since 1982. Since April 2017, the solar radio antenna is operated by the Institute of Physics of the University of Graz to measure solar radio bursts as part of the e-CALLISTO international network. 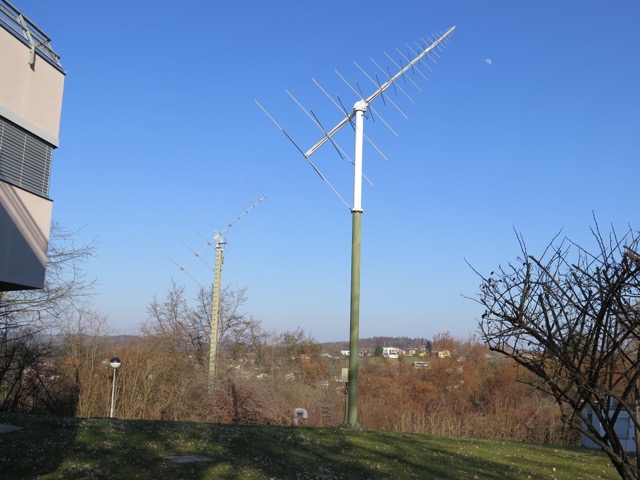